Why does the towel become harder with more use？ 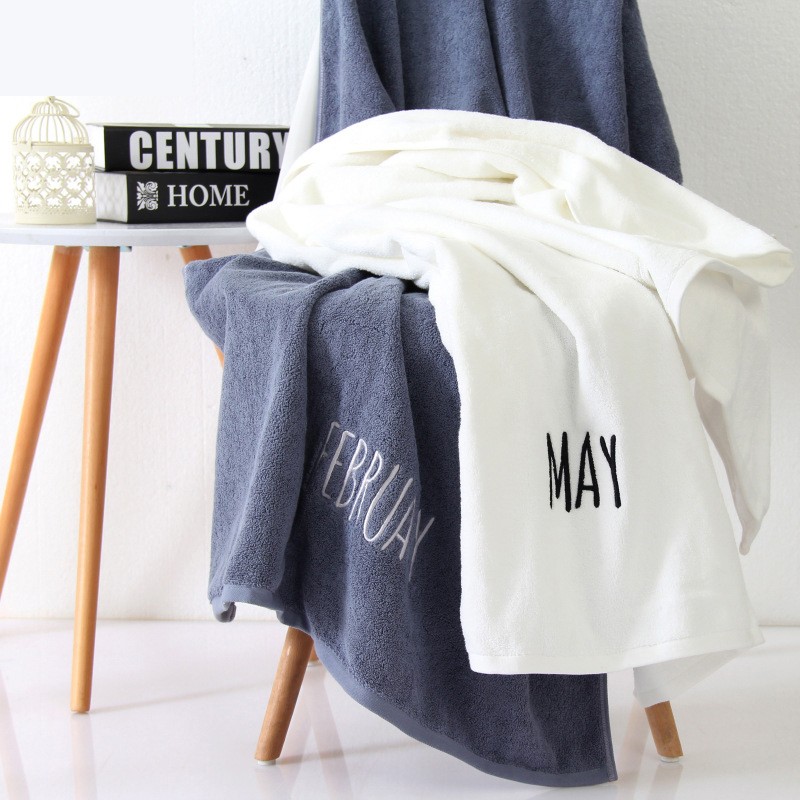 In use, the towel frequently contacts the sweat glands and pores on the skin, constantly secreting oil, sweat and other body fluids. The oil, protein, dander, inorganic salt, ash and other impurities are not easily dissolved in water. If you simply use clean water washing, it is difficult to clean, these impurities will accumulate in the towel fiber. In addition, the soap that people use when they take a bath or wash their face is easy to combine with the calcium and magnesium ions in the water to form calcium and magnesium soaps, which penetrate into the fibers along the oil and make the fibers of the towel velvet ring adhesion hard and rough. Accordingly, use time is longer, the grease that accumulates between fiber, impurity is more, the feeling that towel gives a person is used more more hard. 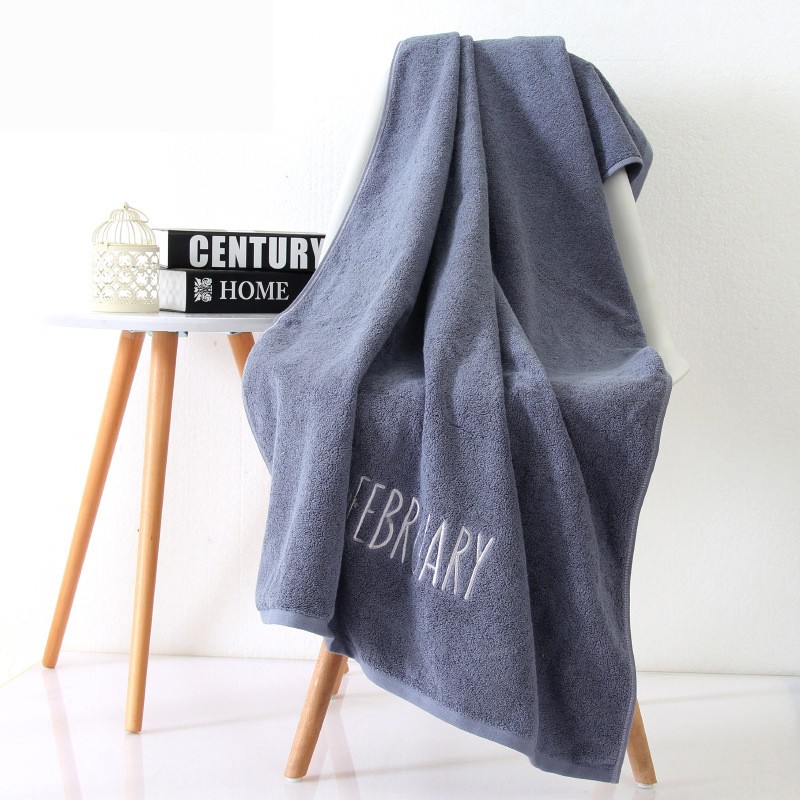 Now, we already know the reason that the towel becomes hard and rough. So, how can you keep your towels soft? Let's give you a few life tips you can try.

First, the first and second times of rice washing water into the pot, and then put the towel into the boil, boil and then cook for a while and then clean the rice soup. After this treatment, the towel will turn white, and there is a light smell of rice.

Second, put the towel in the washing liquid hot water, boil or hot for 5 minutes, and then clean it while it is hot.

Third, every period of time with soap, washing powder or lye to boil the towel for a few minutes, can prevent hard hair. Boiling towels should be immersed in water, so as not to contact with air oxidation and change the color. Then use clear water, warm water in turn rinse clean, go to the water air at the ventilated place. Once dry, the towel will return to softness. Need to remind, towel can not be insolated in the sun for a long time, in order to air dry in the ventilated place.

Fifth, put the towel in a 1:4 vinegar solution, water is not too much, over the towel on the line. Soak for 5 minutes and then scrub, then rinse with clean water. Can also make the towel to restore softness.

What if the towel stinks？ 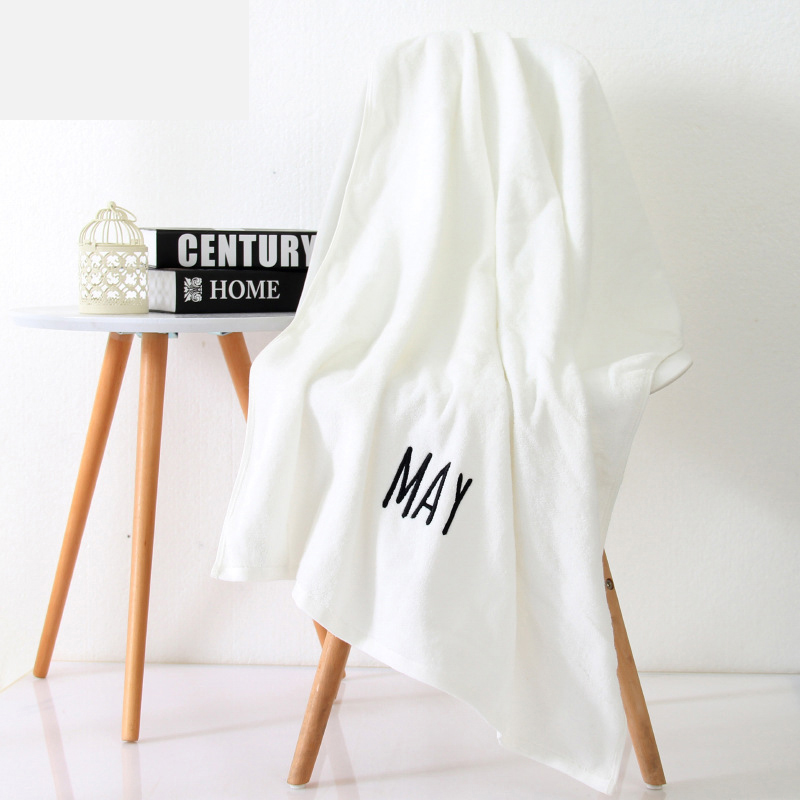 The oil, dander, protein, inorganic salt and other impurities on the towel for a long time are good culture medium for bacteria. And towel is more wet with daily necessities, once the temperature conditions are appropriate, bacteria will breed in large numbers. Bacterial excreta contains a lot of ammonia, acetaldehyde, hydrogen sulfide and other odor, will make the towel stench.

To solve the problem of stinking towels, first, after use must be fully washed with detergent; Second, after use must be put in the ventilated place to dry; Thirdly, the towel which has been sterilized or woven with bamboo fiber, chitin, bamboo charcoal fiber or hollow yarn containing sterilization agent is selected. Fourth and most important, towels should not be used for a long time. It is best to renew them every three months.

Wonderful use of towel？ 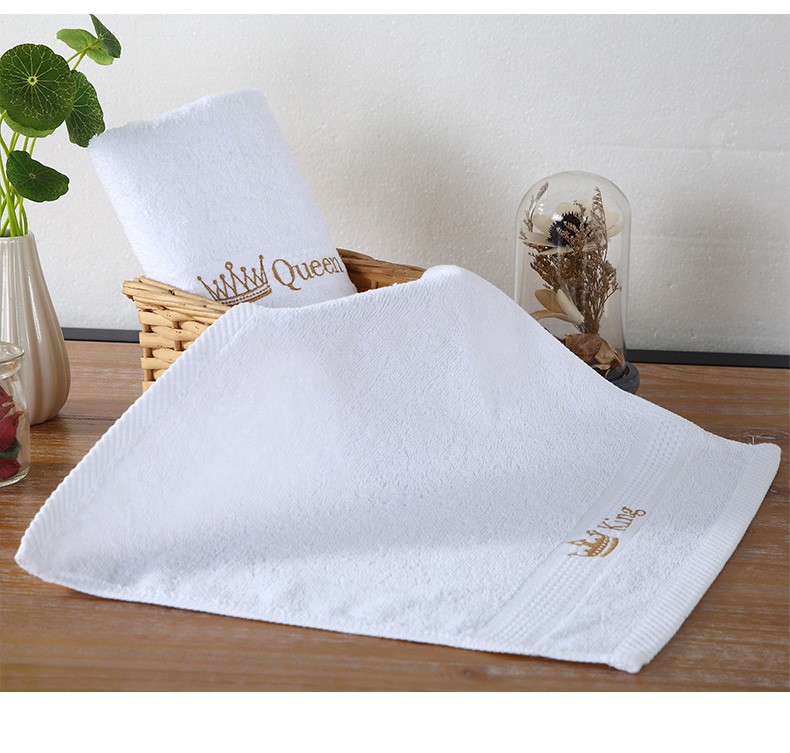 Some people will say that a towel is a towel, besides its cleaning, but can be used for other purposes? However, towels do come in handy at certain times and in certain circumstances.

Second, when the chef cooks, he often puts a wet towel around him. In case the oil pan is on fire, he can quickly cover it and the fire will be immediately extinguished.

Third, under certain circumstances, a wet towel can hold up a gas mask. The secret lies in the smoke-removing effect of the towel. Practice has proved that in the smoke of a fire refuge, with a towel to cover the mouth and nostrils, quickly rushed out of the fire can be self-rescue. Someone has done the test, the more the towel folding layer in addition to smoke effect is better, folding 8 layer in addition to smoke rate is about 60%. Different humidity towels, smoke removal rate is also different, the greater the water content, smoke removal rate is also greater. When the water content reaches 3.3 times of the towel, the endurance time is about 1 minute and 20 seconds.

The experiment also showed that 10% ~ 30% carbon monoxide could be removed by dry towels and 10% ~ 40% by wet towels when folding 8 layers of towels.

It could be a north-south divide, or it could be a small habit. I have learned that habits are hard to change, just as it is hard to change from right-handed chopsticks to left-handed chopsticks. So you can understand the reason for the Windows vs. MacOS debate. The hardest thing to change is habits. But... Habits can not be changed, or to see the individual subjective will not be willing. Why change habits? Some habits do not matter good or bad, or the difference is not big, like the use of towel habits, nothing more than involves the understanding of skin maintenance, and the skin of each person is not the same. For example, as I mentioned in the cigar sticker, a lot of my friends don't have a straight back. Some of them even have their chests in them, and their necks are a little forward. They seem to lack confidence, with little smile on their faces, and some of them are cynical. To tell the truth, my personal is not very like to make such a friend, because feel negative emotions will affect me, I do not want to see my friend front rickets back, mental pressure is very heavy, the appearance of a sad face, oneself also happy not to get up. Sometimes I ask them if they know how to straighten their back, and most of them reply, "It saves effort." I want to show that people's habits are different for different reasons. I hope to see every friend have a good mood every day. The positive and confident attitude towards life and the negative emotion of complaining about the injustice of the world will affect my friends, but the negative emotion will hurt me the most.

Towels come in many sizes, mainly for distinguishing functions and convenient use. Here's a look by borrowing Christy's size table:

Facetowel33x33cm (we call it a square or small square)

GuestTowel46x76cm (guest size and HandTowel are both traditionally called towels)

Not all the names are the same, not all the sizes are the same, but they are roughly the same. If you look at what is offered in hotels, you can see that there are at least FaceTowel, HandTowel and BathTowel available in hotels. Some also offer a BathRobe.

I use two main sizes for my own home, HandTowel and BathSheet, as I like big sizes. Specific use is this: there are a few more old hanging in the pool as a towel, about a few days to wash once, the weather is cold more than a week at most. Wash face towel 2 per person rotation (reserve not count), only as dry face, never get wet. Washing a face is washed by hand, probably 1 to 2 weeks to wash once, bath towel is also about the same time, bath towel is usually placed in the bathroom is also 2 per person, for fear of a bath more than dry.

Using it this way has several benefits:

1 health, bacteria breed in a damp and dark environment, such use will rarely make the towel in a long-term wet situation, coupled with the bathroom ventilation a little better, can make the bacteria attached to a large number of opportunities to reduce. I think few people are willing to put the washing machine to clean and dry after each use. If not, it will keep the towel wet for a long time and increase the chance of bacteria breeding.

2. Extend the service life of the towel. Although the most expensive towel is only tens of dollars, in line with the thrifty attitude, I hope a good towel can be used for a longer time. Not only towels, including clothes, many times towels and clothes are not used or worn out, but washed out. A good towel is in damp condition everyday below, breed bacteria easily already, make towel harden easily also damage. That's why I write in my towel brand post that the towels/bath towels I bought in 2006 are still in good condition.

Some friends like to rub the back with a towel, in fact, I suggest trying the traditional loofah tendon to rub the back, very cool, also very cheap, but also to buy good, some too hard.

Although the towel recommendation I wrote may be more expensive for people, and I will struggle when buying it. I often comfort myself and really think so. A good towel may cost 1-200 RMB or more, but I can use it for at least 5 years, which will only cost 3-40 RMB per year. And I will also go abroad to take it, or ask a friend to help buy, in fact, these brands are not expensive abroad, much cheaper than buying luxury goods. It's expensive at home because taxes are expensive. I checked the omnipotent TAO Bao. If the good ones recommended by Ge Da cost about 100 yuan, they are not far away, but the quality can not be compared with the top brands.