As of March 3, 2021, the price of cotton futures was 16,385 yuan per ton. It is up about 60% from its lows in the first half of last year. Such a huge increase in a short period of time for the textile industry will have what impact? Consumers around the purchase of socks, towels and other cotton products, whether it will be affected by a large price rise?

1. The price of cotton and other raw materials soared, and the cost of textile enterprises increased by nearly 30%

At a yarn factory in Shaoxing, Zhejiang province, a reporter saw tons of lint being dyed in a machine before it was turned into yarn for sale to fabric and garment factories downstream.

Factory director told reporters that the biggest problem facing enterprises is the price of raw materials cotton has been rising.

ecause the yarn enterprise is the first to receive orders after production, so after the contract is signed, the shipment price is difficult to modify, and the raw materials continue to rise during this period, will lead to a significant increase in costs, compress the profit space of the enterprise. In addition, high yarn prices also make it difficult for downstream fabric factories to accept.

Ji Guomiao, chairman of Zhejiang Shaoxing Ji Ma Liang Silk New Material Co., Ltd. : When the price of raw materials goes up by 20%, our price goes up by more than 15%. 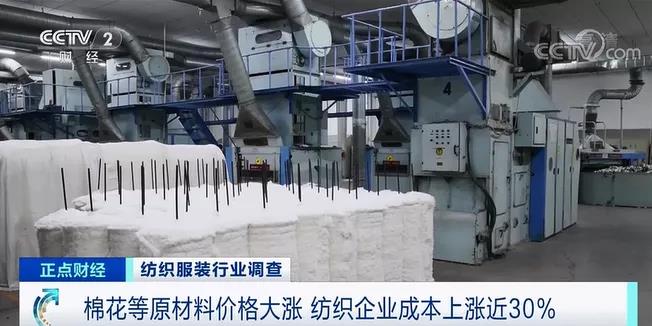 Since cotton has been rising, yarn prices have also been rising. As of March 3, Zhengshangsuo's main price of cotton yarn was 24,235 yuan per ton, up more than 30 percent from the April 2020 low.

In addition, the price of textile raw materials such as spandex has also risen sharply, which also leads to the cost of the downstream fabric factory of yarn is also further increased.

Industry insiders told reporters that although the current yarn price rise led to downstream fabric factories and garment factories produced a wait-and-see mood. But with downstream orders saturated, higher upstream raw material prices will eventually trickle down, along with fabric and clothing prices.

From the second half of 2020, the price of cotton began to rise rapidly. Yarn companies, though, have seen profits shrink as cotton prices rise, but continued growth in orders has kept them in good shape.

Reporters have learned that the current production orders of textile enterprises are generally arranged in April and May, and a large number of enterprises use 24-hour operation, people rest and machines do not rest for production. Although profit margins are down, overall profits are still good.

Industry insiders told reporters that domestic cotton prices rose on the reason for demand growth. Due to the order volume is saturated

3.clothing towels and other cotton products prices may increase by 10%

As the price of raw materials of the cotton textile industry chain has risen so much, will the price of cotton products also rise so much? Will the price of textiles such as towels and socks, which you buy on a daily basis, increase dramatically?

In the interview, the reporter learned that this year, affected by the epidemic, not only yarn and fabric orders transferred from Southeast Asia to China, even the clothing and cotton products industry also appeared the phenomenon of order backflow. 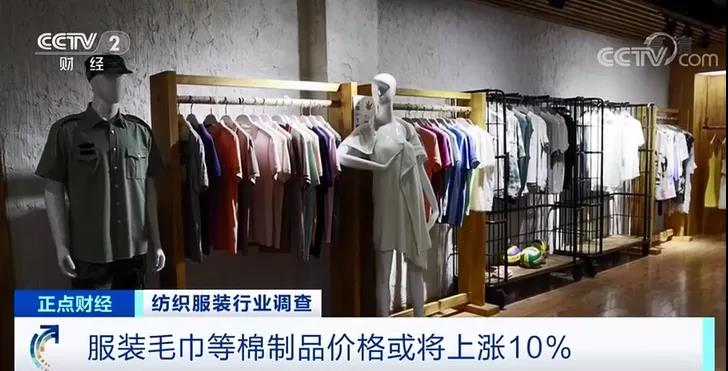 However, the reporter learned that compared with the outbreak of export orders growth, the current domestic consumer orders only returned to the level before the epidemic, the domestic demand for cotton textiles did not appear a substantial growth.

Shi lei, chairman of zhejiang zhuji jieliya textile group: the annual output of towels is about 30,000 tons, and the monthly output is 2,500 tons. At present, the production is relatively saturated, starting from May 2020, which basically reaches the production volume of the previous year. Excluding the rest, the production capacity reached the normal level in January. 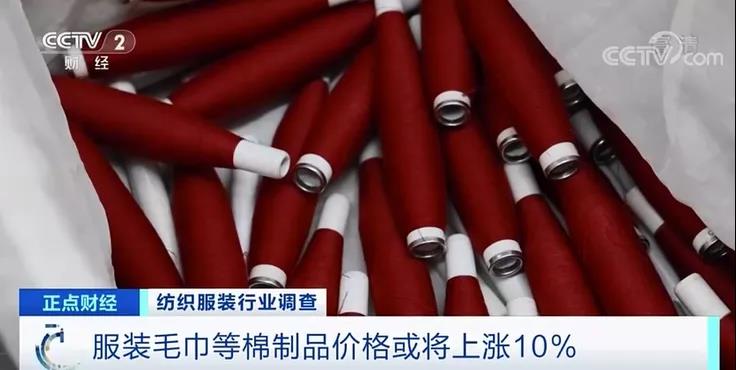 Reporters learned that although the price of domestic cotton products will increase as the cost. But because cotton and other raw materials make up a smaller share of the cost at every step up and down the textile industry, from cotton to yarn to fabrics and finished products, the final product won't raise as much as the raw material.

The price of raw materials may have risen by 60 percent, but when it comes to finished towels, the increase is around 10 percent, Shi said. A common towel is 100 grams, the factory price is generally 13 yuan, to rise 10% is more than 1 yuan.

The personage inside course of study tells a reporter, at present home does the clothing company of wholesale commodity, gross profit rate is generally lower, because this is short inside raw material price rises too quickly, can raise clothing price, the influence is bigger the meeting is the clothing that sets a price to control in 80 yuan. At present, the gross profit margin of many brands of clothing generally exceeds 50%, so the price of raw materials has little impact on the cost of this kind of brand clothing, and the price of many brands of clothing will not change significantly.